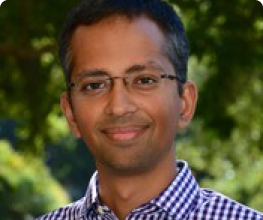 Avidit Acharya is a political scientist whose research is primarily in the fields of political economy, political history, and game theory as it applies to the study of politics. Game theory is a vibrant field of economics that studies how people make decisions when their choices affect not just themselves, but also each other. '

Avidit’s research on these topics has been published in the top journals of economics and political science. His work addresses fundamental questions, such as: How do elections aggregate the diverse interests and beliefs of voters? What are the challenges to political accountability in a democracy? And how do adverse shocks – such as a financial crisis, a war, or a pandemic – affect a government’s ability to build the trust of its citizens?

Another major stream of Avidit’s research is concerned with how societies evolve over time, and how historical forces and events can cast a long shadow on the present. His first book titled Deep Roots: How Slavery Still Shapes Southern Politics shows that contemporary differences in political attitudes across the American South trace their origins to slavery’s prevalence more than 150 years ago. This book received the William H. Riker Award for the best book in political economy in 2019.  Avidit’s second book project titled The Cartel System of States traces the development of the territorial state system from its creation in Early Modern Europe to its spread across the world in the last five centuries via conquest, colonialism, and international institutions.

Avidit has written several other articles on topics that include distributive politics in India, the Maoist insurgency in Nepal, and the consequences of statelessness in Somalia. He has also collaborated with a team of researchers to develop mechanisms by which refugees can be better integrated into host nations. His research on this topic won the 2020 Gosnell Prize for the best paper in political methodology that year.

Avidit had presented his journey with RBS in our virtual graduation ceremony 2021, Learn more about him by watching this video.

Learn more about our Alumni